Pack of 12 boxes of incense sticks... 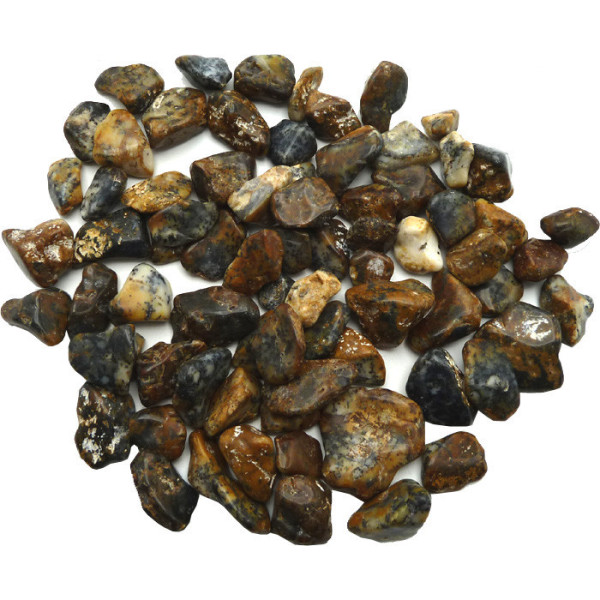 Dendrite agate accentuates perseverance when it comes to reaching new goals. It helps in self-analysis, which allows you to make the right decisions at the right time.

Our dendrite agates are between 2 and 3 cm.

By buying this product you can collect up to 5 points. Your cart will total 5 points that can be converted into a voucher of €0.01.

Actions attributed to dendrite agate on the physical plane

Dendrite agate provides certain physical well-being. It acts on the nervous and bone systems. In particular, it prevents hair loss. Very useful for breastfeeding women, it allows easier breastfeeding when the surges of milk are painful. In the form of an elixir, it relieves gastric concerns such as reflux. Finally, it exerts a beneficial influence on the eyes, stomach, heart, skin and blood circulation.

Actions attributed to dendrite agate on the psychic level

Dendrite agate accentuates perseverance when it comes to reaching new goals. It helps in self-analysis, which allows you to make the right decisions at the right time. It also allows you to push your limits and get rid of blocking beliefs. It is a stone of protection which soothes and calms the interior of the body and the spirit

How to purify your dendrite agate?

To purify your dendrite agate, simply immerse it in running water for a few hours.

How to recharge a dendrite agate?

To recharge a dendrite agate, it must be exposed to sunlight or placed on a cluster of quartz.