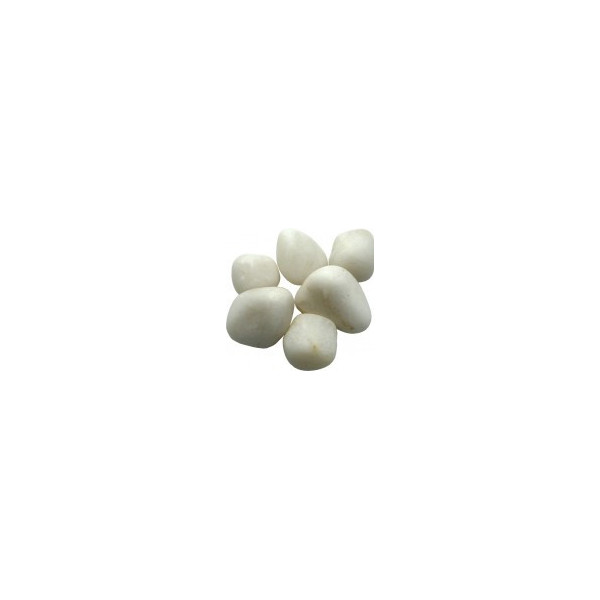 The white agate is a stone of peace which symbolizes purity and virginity in the spiritual sense of the term. Our white agate is natural and rolled in India.

By buying this product you can collect up to 20 points. Your cart will total 20 points that can be converted into a voucher of €0.04.

White agate is a variety of quartz that takes its name from a river in Sicily where it was first discovered.

Thewhite agate is a stone widely used to treat joint inflammation. It is enough to place the stone on the part of the body to be relieved: temples for migraines, sore muscles or soothing eyes.

It is also a stimulating stone for male fertility (to be placed in the marital room).

White agate is also recommended for soothing people with prostate or kidney pain. White agate will also protect pregnant women throughout their pregnancy (to wear as often as possible)

Thewhite agate is a luminous stone that brings clarity of the mind, it purifies the chakras and opens the passage of positive energies. It is also the stone of appeasement and is widely used for meditation. As for pregnant women, it protects the wearer from external aggressions. White agate brings calm and inner peace, it is often used to calm mental neuralgia. It also allows for greater indulgence towards others or towards oneself.

How to purify your white agate ?

Thewhite agate is purified by immersing it in demineralized water, slightly salted for several hours.

How to recharge a white agate ?

TheWhite agate recharges by simply placing it in the sun for a few hours or on a cluster of quartz.