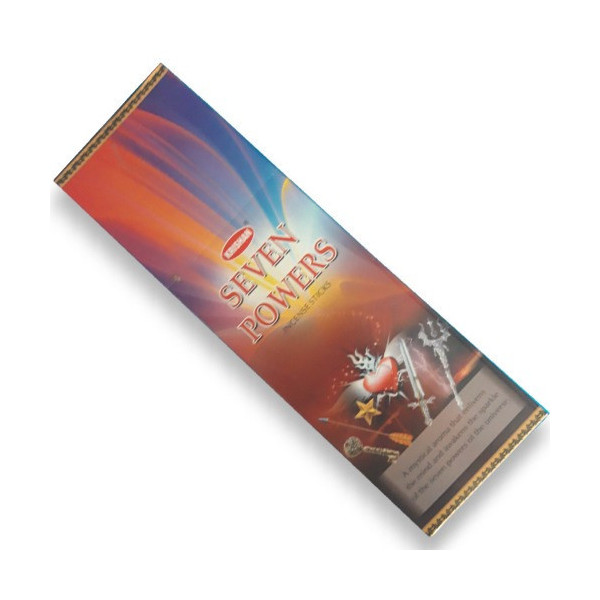 Decreasing price depending on the quantity ordered.

All our incenses are of artisanal quality, they are made by hand in the pure Indian tradition based on essential oils.

By buying this product you can collect up to 4 points. Your cart will total 4 points that can be converted into a voucher of €0.01.

Among all the various scents of incense there is one which is as well known as it is unknown, it is patchouli. When we talk about patchouli we immediately imagine the hippies of the 70s, a perfume with a strong smell, it is quite different. Indeed if this incense has a powerful odor, at the same time woody, with camphoric accents and earthy scents, the plant in its natural state has no smell, it is only after fermentation. leaves that smell appears.
As for its use by hippies if this statement is true, they haven't discovered it, since the appearance of patchouli in Europe dates back to the middle of the 19th century. Patchouli is even considered during the Second Empire to be addictive and erotic.
Little known, probably because of preconceived ideas, the virtues of this plant which has antiseptic and analgesic properties are easily eluded, it is also used in infusions to fight against digestive disorders, it is also a powerful anti-inflammatory.

The incense sticks with patchouli from the Krishan brand come in a cardboard box with Indian motifs. Each incense stick can be used individually. All you have to do is light the patchouli incense and let the stick burn by itself to embalm the air for long hours.

Frankincense has been used for a very long time in Eastern cultures. It is traditionally associated with mediation and yoga. Its purifying action is also sought after.

Thepatchouli incense combines all these benefits in a single product. Its woody scent with subtle camphor notes brings well-being and enlightens thoughts. It is ideally intended for those who wish to elevate themselves spiritually, purify their interior or treat themselves to a relaxing evening. Thepatchouli incense can also be used to create an atmosphere conducive to meditation, romance or prayer.